We would like to announce the details of the maintenance scheduled for September 23, 2020. Make sure to check below for the schedule and patch notes.

> Lyndon Box now available for purchase!
- The Lyndon Box will be available at the in-game Cash Shop from the scheduled maintenance on September 23 to October 7.
- You can check the details about the box and how to purchase it from the following LINK! 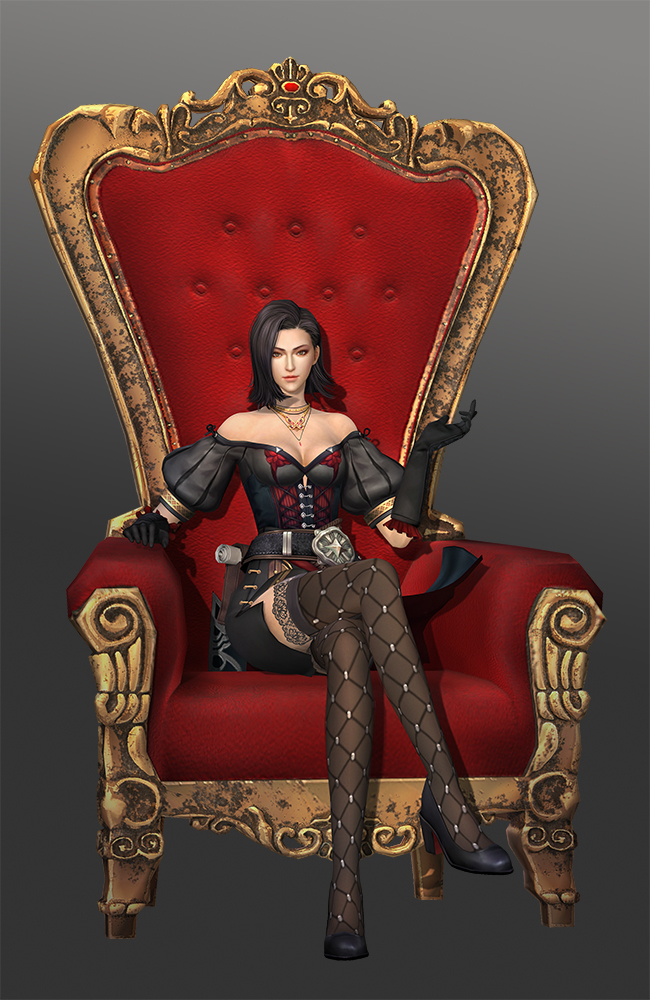 - Difficulties of certain quests will be lowered as the following.

※ The quests of families who were proceeding the [Returned Devil] Tesserae Pharrel, [Ecliptic, Illisia] Golden Fireworks, [Pattern of Giant] Dead Justice, [Viento del Mar] Vespanola in Danger will automatically be completed after the update and you can receive the next quest of the completed quest by re-entering the village.

> The following will be changed due to ease the difficulty of proceeding with the scenario.
- Warp gate that connects to the next area will be installed in ‘Lucifer, Secret Garden’, ‘Lucifer Castle, Banquet Hall’.
- [Enter Frourio Village] will be added to the requirements of receiving [Altria: New Face] quest.
(The time before when receiving the quest was too early depending on the difficulty, and therefore it will be adjusted to be received at a later time.)
- ‘General Deus Machina’ at Vernier Mansion, 1st Floor will be changed to not attack first.

> Stats of the following Unique Accessories will be adjusted.

> 1 new mission, that can be entered from ‘Bristia Army, Scouter’ NPC at Kielce, Training camp will be added. (Can enter once daily)
- Hard : Blood Navy

> Some missions will be reorganized.

* [Portus Defense Battle]
- Base will now be immediately occupied when defeating the monsters of the according base.
- Images in Local Map(Alt+Z) and Mini Map will be changed to images where each location of the base is marked.

* [Quiritatio, Dimension Piece]
- ‘Enchant Chips Veteran’ will be deleted from basic and additional roulette rewards.
- Acquisition probability of ‘Time Crystal: Quiritatio’ from the roulette will increase.
- Number of ‘Quiritatio Essence’ dropped will increase as follows.

- The items below will now only be obtained from the additional roulette and the acquisition probability will increase.

> Additional roulette systems in some missions will be adjusted.
- Items that cannot be obtained from basic roulette will be added to the additional roulette of the new/reorganized missions.
- For more details, go to Info. Center > Mission > ‘Additional Reward’ tab of the according mission.

> Pioneer Merchant will be reorganized.
a. System Changes
- Pioneer Merchant Rankings and UI related to rankings will be deleted after the scheduled maintenance.
※ The points will not be reset.

b. ‘Serendibite’, ‘First Hymn’ added
- Obtain ‘Serendibite’ by a certain chance when hunting monsters in ‘Granado Espada’.
- Obtain ‘First Hymn’ by a certain chance when hunting monsters in ‘Orpesia’.
- The drop rate of these items will increase when: 1. The level gap distance between your character and the monster is small. 2. Defeating monsters from the premium dungeon. 3. When using the Boost Package of Pioneer Premium.
- You can carry these items up to 1000 and it can be exchanged with Silver/Gold Coins of Lucia Merchant Alliance from the ‘Lucia Merchant Alliance, Head of Branch’ NPC.
※ We are currently fixing the issue that the pet cannot acquire other items when the number of acquired ‘Serendibite’ and ‘First Hymn’ reaches the maximum number, and when it is fixed the maximum number that can be carried will be fixed to 200.

- The exchange ratio of the [Serendibite/First Hymn → Lucia Merchant Alliance Silver/Gold Coin] per ‘Reboldoeux’, ‘Coimbra’, ‘Auch’ changes every 00:00, 12:00 server time.
- Serendibite/First Hymn will be deleted every scheduled maintenance on the first week of the month. Lucia Merchant Alliance Silver/Gold Coin will not be deleted.

> ‘Ancient Page Stance Book Shop’ will be added to the ‘Experimental Guardian' NPC.
- Following items can be obtained from the Ancient Page Shop.

> Skill and Buff effect of ‘Hildegard’ will be adjusted as the following.

> ‘Symbol of Trust’ can now be bought with 60 ‘Elemental Jewel’ from Certificate Merchant, Aliya in Prurio.

> The minimum number of users allowed to enter ‘Defense of Pene Tilia’, ‘Siege of Nakria’ is changed from ‘1’ to ‘3’.

> You can now go through the choices when talking to NPCs by the following keys: ‘W’ key (Move Up), ‘S’ key(Move Down), ‘Space bar’ key(Select).

> Explanation of the blessing will be added to ‘Abyss Arma’, ‘5 Elemental’ Weapon.

> ‘Basic Attack damage above a certain degree is reduced’ will be added to [Tough Skin] tooltip.

> ‘Episode of Sharon the Sage’ event will begin.  (From 9/23 to 10/7)
- Quest mail will be sent when entering the village.
- Go to ‘Sharon the Sage’ at ‘Reboldoeux Fountain’ to proceed with the quest.

a. [Ancient Crest]
- After receiving the quest, you can purchase the ‘Event Karin’s Enchant Stabilizer’ with ‘Ancient Crest’ and Enchant Chips.
- ‘Ancient Crest’ can be obtained from the field, and drop rate increases when defeating monsters in premium dungeons / using Boost Package or Pioneer Premium.
* [Ancient Crest] Exchange Shop

- You can activate or deactivate the drop status of ‘Ancient Crest’ by talking to ‘Sharon the Sage’ NPC.

- The acquirable rewards from daily quests and delivering [Engraved Ancient Crest] are as follows.

- You can receive the rewards in order, according to the number of [Engraved Ancient Crest], acquired from the daily quest rewards, delivered to ‘Sharon the Sage.

- When you have received the quest yesterday and received the reward on the following day(the mission has to be cleared the day before), you can continue with the quest of the day by re-entering the village.
- You can proceed with the additional quest after completing the 5th daily quest by talking to ‘Sharon the Sage’ and giving her 1 ‘Platinum Bar’.
- Additional quest rewards are as the following:

* [Sharon the Sage and the 5 Elementals] Exchange Shop

> System Maintenance
- We will be performing general maintenance on our internal servers and system.