We would like to announce the details of the maintenance scheduled for May 26, 2021. Make sure to check below for the schedule and patch notes.

> Lyndon Box now available for purchase!
- The Lyndon Box will be available at the in-game Cash Shop from the scheduled maintenance on May 26 to June 9.
- You can check the details about the box and how to purchase it from the following LINK! 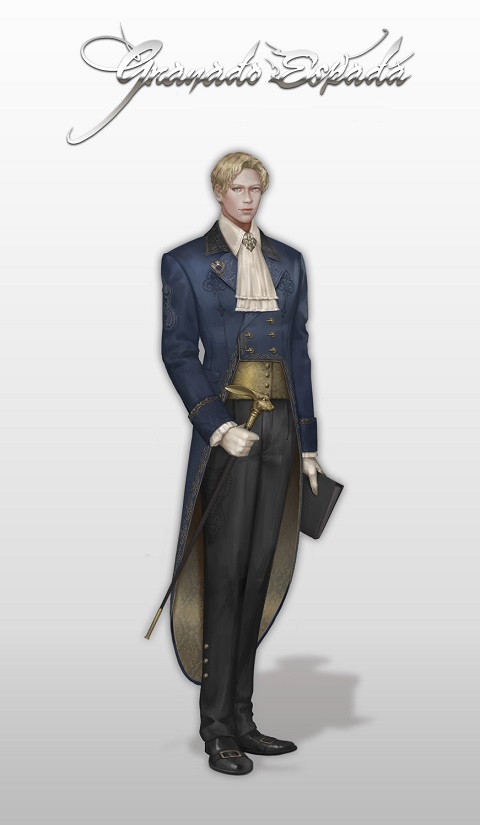 > ‘Issac Ring’ is added to the item list of ‘Ring of Intelligence Box’.

> New costumes will be added as follows.
- You can purchase the items via ‘Costume Shop’.

> Some scenario quests will change as follows.

> ‘Hat’ category in the ‘Costume Shop’ will be changed to ‘Hair/Hat’.

> Fixed the issue that the facial graphic of ‘Gracielo’ does not look normal when equipping ‘Gracielo After School School Look’.

> Monster’s HP will no longer recover when the summon attacks monster under [Physical Recovery], [Magic Recovery], and [Shot Recovery].

> A guide on situations when talking to NPC ‘Nameless Person’ at ‘Los Toldos’ not in a ‘Burlon’ state or unequipping ‘Wheel of Destiny’ will be added.

> Fixed the issue that Chaos Treasure Phobitan does not spawn in the ‘Ancient Secret Room’ of ‘Castilla, Mine : Hard’, ‘Castilla, Relic: Hard’ mission.

> ‘Monsters will begin attacking in 4 waves.’ will be deleted from the ‘The First Demon’ scenario mission phrase during ‘[Reanudacion] Oscuras' Descent’ quest.

> Fixed the issue that the target-moving skill does not work when the target is knocked back.

> Ancient Stance Book Page dropped when defeating the boss monster at ‘Demon's Nest : Valley of Despair’ and ‘Demon’s Nest : Toppla’ will be changed as follows.
- Before : 20 pages of the same kind
- After : 20 random kinds of pages (Individual Equal Probabilities)

> ‘It is canceled when the stance is changed’ will be deleted from the tooltip of ‘Lady Rachel’ and ‘Student Guardian Manager Rachel’ job skill <Magic Bullet>.

> ‘(Monsters in the air will fall down.)’ will be deleted from the skill tooltip of ‘Fighter’ and ‘Coimbra Trooper’ job skill  <Provoke>.

> ‘Lesson from the Star Keeper : Teacher and Student’ event will end.
- Following contents will be deleted.
* Npc
- Star Keeper
- Cassandra

A. Count Baselrane's Holiday (Day 1~7) Quest
- You can proceed with the quest by talking to NPC ‘Issac Baselrane’ at the Reboldoeux Civic Center.
- 1 of the following quests will be given randomly.

* [Event Mission] : when selecting the ‘do not remember choice’ the chance of succeeding in the mission is 50%.

B. Alchemist's Giant Rabbit (Day 8~14) Quest
- You can proceed with the quest by talking to NPC ‘Brute’ at the Reboldoeux Civic Center.
- You can receive 1 of the following quests randomly.

C. Reward
- By completing the daily quest, you will receive the following basic rewards.

- Depending on the number of quests completed, you may receive the following additional rewards.

> Quest
* Fixed the issue that Sharon’s sub-quest ‘Emilia and Sharon’ cannot proceed in certain conditions.
- Quest in progress will be changed to completed, and the following reward will be given.
: When Sharon is recruited: [Trikinesis] Manual, Expert G EXP Card x9
: When Sharon is not recruited yet: Sharon Card, [Trikinesis] Manual, Expert G EXP Card x9
- Fixed the issue that Brunie’s sub-quest, ‘Lost Relic of Tubkal - First Key’ mission cannot proceed intermittently.

> System Maintenance
- We will be performing general maintenance on our internal servers and system.